At last, 2008 approaches. But a few photographic records of the festivities, before we stray too far into the new year. 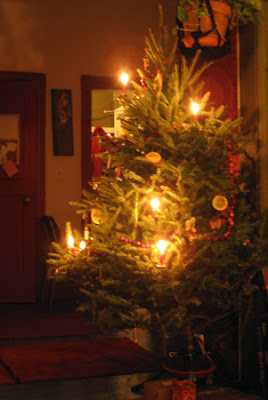 And some highlights of my gift-making activities below...
Number 1.
The Kipple Cabinet (for a discerning collector, complete with removable cigar box cupboardry (top, epistolic compartments (bottom), and shoddy photoshopped background (behind)) 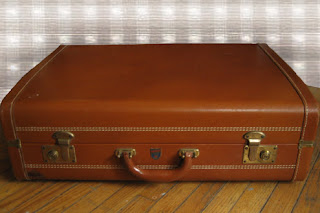 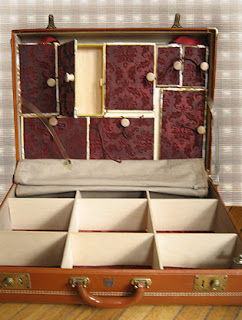 the pigment to paint principle.

This is an old idea of mine, but i had a moment tonight where it appeared unusually lucid to me, and when one of my particularly clever social compatriots mentioned he would be appropriating it anon, i figured I'd better put it up here, Just For The Record. (Bear with me, i have so few moments of being honored with "appropriative-worthy" remarks)
One of the things I Hate, and never know what to do with, is this prominent evidence in the world that there seems to be a ratio of one in ten of treasure to dross.
That is, out of every ten drawings I do, one is worthwhile. Of every 20 people I find myself in classes with (when I've been in school), 18 of them are (what we called tonight) "dullards", TWO are Treasures.
Of every day I work, frequently 7 of 9 hours are spent doing what I would think of as bullshit, and two hours are Fruitful (That last statistic isn't always true, I've been doing much better in that department, i think)
ANYHOW.

The walls in my apartment (some of them) are crimson red and ochre orange. In both cases, I went to the paint shop, the man behind the counter took two gallons of meagre white "base" paint, squirted less than two ounces of pigment into them, shook them up for ten minutes, and lo and behold, i have two gallons of colour to cover my walls with.

This is how it works.
This is the formula.
Two squirts pigment, two gallons paint.
No more of each, no less.
Well shaken. Properly applied. Voila.
And though I worry (frequently) that my life is nothing but gallons and gallons (and Gallons) of base, there are moments of pigment that (i sincerely hope) are creating something lovely of it. Not to mention the fact that without the base, i'd have a lovely spot of colour, about 1" by 1", with which to cover the walls of my whole apartment.
Base is fine.
Good base.
Necessary base.
Posted by stef lenk at 1:01 AM 2 comments:

Dr. Who and the Horror at Fang Rock

"Leela, don't shoot until you see the green of its tentacles!"

I received my confimation letter for the Angoulême Comics Festival, to take place in January. I practically peed my pants.
Got plane tickets last week (Zoom airlines, airplane likely made of lego, will therefore be wearing life preserver for the duration of the flight), and have been recommended a little hotel in Paris by the name of Sans Culottes. Taken as a most gratuitous but endearing waste of my time. (Taken at 11.52, although that clock doesn't actually work. Fully coincidence.)
Posted by stef lenk at 10:28 AM No comments:

The dumbest dummy that ever there was.

At a social wingding yesterday (where one often finds oneself around this time of year) the subject of, erm, dumdom came up, and with it the infamous "for dummies" books.
As I voiced due praise for them (I love them) I realized I have read, at last count, five volumes (sewing, motorcycles, dreamweaver, home-repair [or something like that], and german). I presently have two others in my home (after effects and flash) and one on hold at the library (taxes for canadian dummies).

I think this might officially make me one of the dummest people alive.
I wonder if there is a badge for this.
Posted by stef lenk at 9:42 AM No comments:

'coz tonight I have no thoughts of my own.

And I was reminded of this this evening, which is Oh So Apt:
All problems are problems of scale. -Jean Cocteau
Indeed.
Posted by stef lenk at 1:36 AM No comments:

I unlatched the shuttters. The light was as intense as a love affair. I was blinded, delighted, not just because it was warm and wonderful, but because nature measures nothing. Nobody needs this much sunlight. Nobody needs droughts, volcanoes, monsoons, [or] tornadoes either, but we get them, because our world is as extravagant as a world can be. We are the ones obsessed by measurement. The world just pours it out.
-Jeanette Winterson
Posted by stef lenk at 12:50 PM No comments:

my thoughts on legacy and love affairs in art (of all sorts), I finally watched Y Tu Mama Tambien last night and it was AMAZING. AMAZING.
And in the opening scene of the film, a huge film poster of Harold and Maude in the background.
All hail legacy.
Posted by stef lenk at 10:12 AM No comments:

An overview of life-size stratego, as played in High Park on Saturday.

There were 22 of us, and though I'm still picking the burrs out of my leg warmers, I was well impressed.

STRATEGO! is an outdoor game based on ....well...the board game Stratego. It’s like Capture the Flag in that the objective of the game is to capture the other team’s flag, but this game has additional rules and awesomeness! The main differences include:

1) Player Ranks – There’s a hierarchy of players which determines who can “kill” whom. Each rank has a certain number of “lives”;
2) There’s no Jail – You start with a certain number of lives. Instead of getting “captured” when a (higher-ranking) opposing team member attacks you, you lose one of your lives.
3) “Territory” is less important – All attacks can happen anywhere. The only thing your territory determines is where you can place your flag. Safety is conferred by numbers and your higher-ranking team-mates.

Before the game begins, each player is assigned a team. Each team then:
1) Hides its flag;
2) Assigns a rank to each member -- Ranks are *secret*: members of the other team won’t immediately know who has been assigned which rank in your team.
3) Huddles to discuss strategy.
4) The Playing Begins!

How do you kill someone?:
1) An attack is initiated when one person touches another;
2) The two people reveal their ranks to one another;
3) The player with the higher rank wins. The player with the lower rank loses. If both players have the same rank, they both lose. Losers;
4) The losing player(s) lose one of their “lives”;
5) Players who lose but still have lives left are given a grace period of around thirty seconds to escape.

Objectives:
To win in STRATEGO! your team must accomplish one of two goals:

1) Touching the enemy’s flag. Note:
a) Bombs can’t do this;
b) The defenders of the flag can protect the flag by:
i. Having three people linking arms around the flag;
ii. No more than two of these people can be Bombs.

OR
2) Your team takes all of the other team’s lives.

8) Miner
Miners can kill Scouts and the Spy. They are also the only rank which can kill Bombs.

9) Scout
The role of the Scout is to provide intelligence. Though they don’t have any special abilities they have more lives than any other players and can therefore afford to attack people in order to discover the identities of their opponent.

10) Spy
The Spy is another interesting player. They are at the lowest end of the hierarchy yet have only one life and are therefore extremely vulnerable. The unique ability and mission of Spies is to take out the Field Marshal.

11) Bomb
Bombs are unusual players. Bombs cannot attack or take the flag. They do not fit into the regular rank structure as the only person who can eliminate them is a Miner. Any other player who attacks a Bomb loses a life.
Posted by stef lenk at 10:08 AM No comments:

2007: the first snowfall, and associated photographic record of GLEE.

Click on pic for the whole version; THIS. is the view out my Glorious Window two mornings ago now. Which ironically recorded itself in a reverse bay-window fashion (see the shape of the streets) Fascinating.
Posted by stef lenk at 10:04 AM No comments:

some meandering thoughts on the nature of books and love affairs.

In my new booklet-in-progress, there is a momentary scene where the main character falls through an open door drawn into an easel and lands in the living room of a dollhouse. Above the living room is the bedroom, and in storyboarding it I was determined to make the bed a sort of replica of the little boy's bed in Winsor McKay's Little Nemo in Wonderland, which might well be the Greatest Graphica Ever. It's my own little (but Reverent) hats off to his Genius, which, had I not recorded it here, might have gone unnoticed by the world (but will now of course be revered by the (ahem) utter and voluminous masses that are my bloggy readership.)

On a seemingly unrelated note (but wait for it), I picked up Jeanette Winterson's "Lighthousekeeping" the other day, as one would call up an old friend for tea. I don't do this as often as I should, ever beseiged by "what's left to read", rather than what I already have. (I nearly started crying I was so excited as I started to read it, 'coz i'm JUST THAT SORT of person. This trait seems to be getting worse with age, so senility is obviously not as far from the tender age of 34 as I once thought.)

(A quick back-pedal. Jeanette Winterson, for those who may not be familiar, is addicted to Virginia Woolf. She has written Exemplary essays on Orlando (Thumpa Thumpa), AND The Waves (i myself found this one a bit more difficult to get through), and salutes the legacy of Woolf's writing frequently when speaking of her own.)

Lighthousekeeping is basically (VERY basically) about a little orphaned girl sent to live with a blind lighthousekeeper named Pew and inherit his duties accordingly. A paragraph describing her first journey in a little outboard motor to her new home, ends with these words: "I couldn't go back. There was only forward, northwards into the sea. To the lighthouse."

As I read this I imagined Ms. Winterson consumed with UTTER GLEE as she wrote that last small sentence, which is, of course, the title of one of Ms. Woolf's seminal literary works.

On those rare occasions when I notice these little things that happen between writers/artists, it seems to me that Love involves respect for legacy, i think. Acknowledging ones parents, so to speak, even if they only exist between dustcovers.

I know some people who would call this arrogant, an inaccessible inside joke, a secret reference, an "in-club".

But by that logic, doesn't that make love-affairs "in-clubs" as well?
Posted by stef lenk at 10:17 AM No comments: 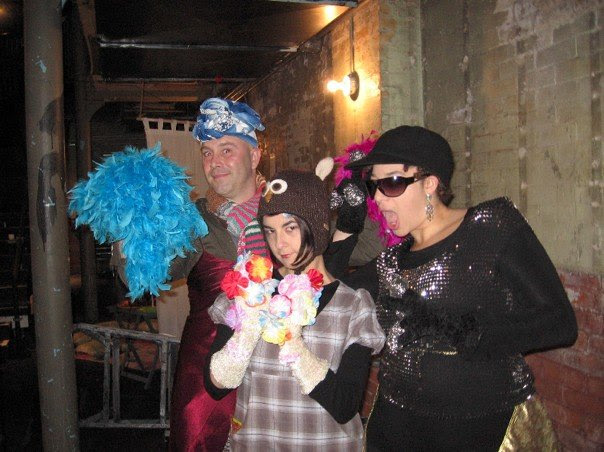 It was like a human car-wash, only a little bit dirtier.
Posted by stef lenk at 10:13 AM No comments: